Multiplayer Online Battle Arena(MOBA) is a genre of game that started back in 1989, but was not identified as a genre until years later. MOBA games are multiplayer games that consists of 2 teams comprising of 5 players each, are placed into an arena divided into 3 lanes, with each side being the team's base. The goal of these games is to destroy the opposing team's base to win. There are exceptions to the arena layout which we will cover later, but generally, this is the case for most modern MOBA games. Players will get to control a unit called a "Hero" or whichever term the game uses, and each hero is unique. MOBA games highly encourages strategic thinking amongst team members. If you are the type thats into action, rpg and strategy type games, then MOBA is certainly for you. With that, here are the top 4 popular MOBA games. 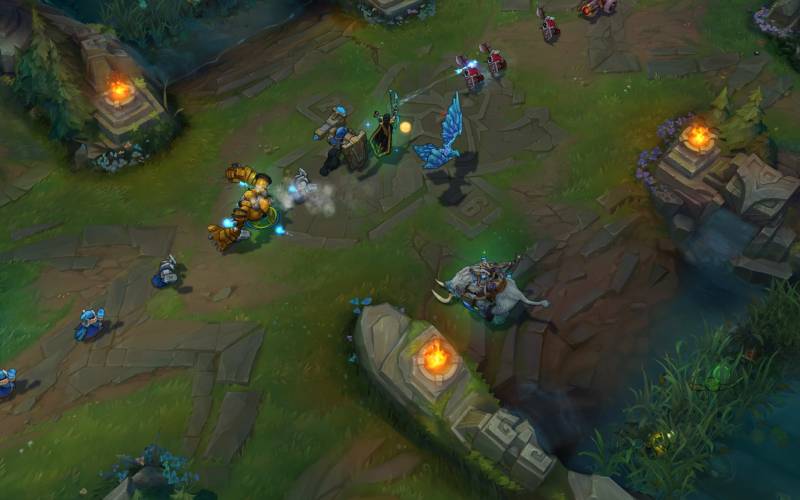 Despite being one of the oldest MOBA games, League of Legends still remains the most popular in that genre of games with over 67 million active users globally. What makes this MOBA so fun and addictive to so many players worldwide is due to the fact that it is updated constantly with new contents. League of Legends is a game where 5 players on both teams battle each other and win by destroying the opposing team's "Nexus". It is a multiplayer game, and every match usually lasts for 30-45 minutes. Players will get to choose a playable champion from the 150+ champions pool each with their own unique set of abilities which the player can use to help win the match.

Because this is a team game, not only does it contain RPG elements, it also has real-time strategy aspects that encourages team communication. Players will get to fight on Summoner's Rift, a large map that divides into 3 lanes and a jungle which is further seperated into 4 parts and players will push into the opposite side of the map into the enemy nexus to destroy it.

It is definitely a game worth trying out, and it is certainly a game that you can play to kill time or when you are bored. Just try not to get addicted to it, like the hundreds of thousands of players worldwide.